What Are Your Options When Facing Battery Charges?

Knowing what your options may be is critical if you ever have to deal with a criminal case. This knowledge is especially useful if you're trying to respond to battery charges. When clients ask about their potential options, a battery lawyer will typically mention these six.

One of the most common arguments against battery charges is to tell the court that you were exercising your right to defend yourself. This right extends to your property and another person who was vulnerable. State laws vary regarding what counts as self-defense, and they also vary on how much effort you have to make to avoid a conflict. Before you claim self-defense, you should review the laws with a battery attorney licensed to practice in the state that's charging you with an offense.

Typically, someone claiming self-defense will file an early motion to dismiss the charges. The judge will then decide whether the prosecution has a sufficient case.

Moving for the Court to Reduce the Charges

Some cases are overcharged because cops and prosecutors may see events differently than you or even a judge would. When the case goes before a court, you might be willing to admit guilt to some lesser charges. For example, you may concede that your behavior represented disorderly conduct in the legal sense. However, you might assert that the charges are too heavy given the evidence.

Many people negotiate plea deals. If the prosecution is willing to entertain the possibility, a deal usually involves the defendant pleading guilty in exchange for a lesser sentence. In battery cases, plea deals often include agreements to engage in counseling, such as anger management and drug-and-alcohol treatment. The judge can still decide whether to accept the deal or not.

Challenging the Evidence and Testimony

A battery lawyer will also frequently challenge the evidence and testimony in a case. For example, the court might not have video of the alleged attack. Similarly, some testimony may be sketchy or unclear. The defense can move for the court to bar certain evidence or testimony, and this could cause the prosecution's case to unravel.

You also have the right to put your case before a jury of your peers. The jurors will hear your argument and determine whether the prosecution can prove its case.

Finally, you can simply plead guilty. Generally, the goal of pleading guilty without a deal in place is to show the court you understand the severity of the situation. You will then ask the judge to weigh this acknowledgment in your favor during sentencing. 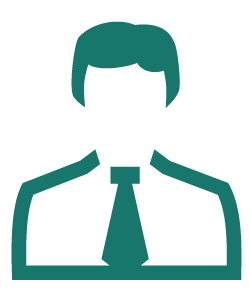